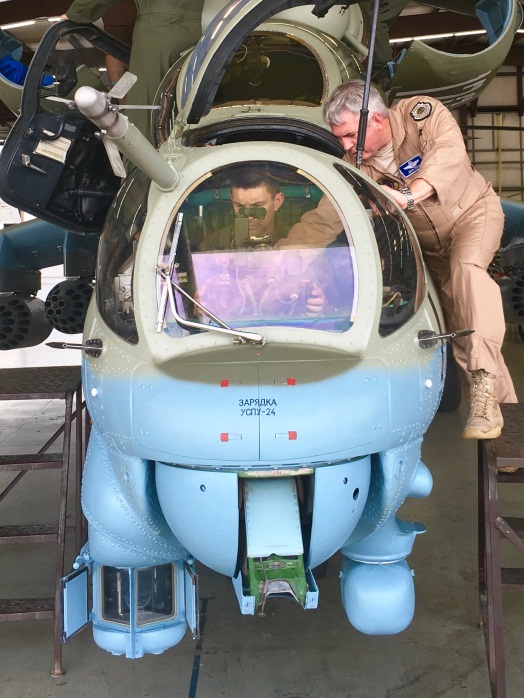 Lancaster, TX – S3 and subcontractor VTS Aviation developed and recently presented the Mi-24 Combat Adversary Aviator Course to USAF Weapons School student pilots.  The pilots participated in challenging immersion training that featured the capabilities, functions, and tactical employment of the Russian Mi24D “Hind” Helicopter.  This was the first time since 2005 that USAFWS students have flown the Hind helicopter and the first RW Adversary Support to Nellis since 2009.

The mission of the USAF Weapons School is to provide advanced training in weapons and tactics employment to officers of the combat air forces through graduate-level instructor courses.  Similar to the US Navy’s “Top Gun” school, the USAF Weapons School is the Service’s most demanding flight training and tactics course, graduating the most capable combat aviators in the world.