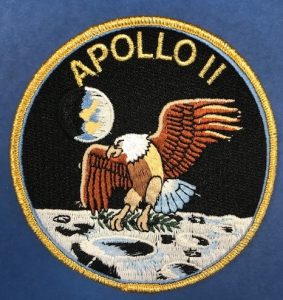 S³ was proud to be a sponsor of the Apollo 11 50th Anniversary Homecoming Celebration Dinner held at the U.S. Space and Rocket Center on July 16, 2019. S³ CEO Jan Smith along with Tony Porter, Bob Johnson, Dennis Vaughn, Jim and Margenia Charlton, and Jeff and Alice Mockensturm represented S³. Tommy Tuberville, prior coach at Auburn University and now running for Alabama Senate (R), and Wayne Parker, his campaign manager, were the two VIP guests seated at the S³ sponsored table.

This celebration was in recognition of the historic mission when the massive Saturn V lofted Apollo 11 astronauts Armstrong, Aldrin, and Collins heavenward to the moon. The world then watched and listened as Neil Armstrong became the first man to walk on the moon on July 20, 1969. 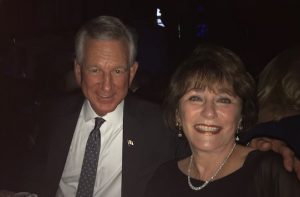 At a 1970 farewell event in downtown Huntsville, Dr. Wernher von Braun stated: “My friends, there was dancing in the streets of Huntsville when our first satellite orbited earth. There was dancing again when the first Americans landed on the moon. I’d like to ask you, don’t hang up your dancing slippers.” Nearly fifty years later, Vice President and Chairman of the National Space Council Mike Pence visited the U.S. Space and Rocket Center in Huntsville and made this commitment: “It is the stated policy of this Administration and the United States of America to return American astronauts to the Moon within the next five years.” 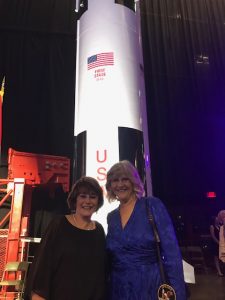 While the night had several speakers, the two that were exceptionally notable were Ms. Margrit von Braun and Governor of Alabama Kay Ivey. Ms. von Braun, daughter of Dr. Wernher von Braun, was the keynote speaker, and Governor Ivey paid tribute to the role of Huntsville in the success of the Apollo Program and to emphasize the important mission of MSFC in “return to the moon and beyond.”