KBFS will use the Robinson R44 Helicopter in support of its Part 135 Certificate, as well as other flight tasks and certificates. 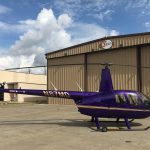 The R44 is a small, multi-role aircraft that can be used for passenger transport, flight training, air tours, utility/survey operations, and limited external loads.  This aircraft is very economical for its class, and is a proven platform that is surprisingly robust for its size.  In addition to the Part 135 support, KBFS intends to incorporate the R44 in operations under our Part 141, Part 133 Certificates, and Part 91.147 Authorization. 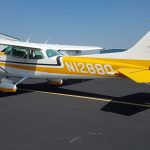 KBFS purchased the Cessna 172 to support our expanding flight training under CFR 14, Part 141, and Part 61.  This purchase will allow us to expand our flight training schedule to accommodate more students.
KBFS is a wholly owned subsidiary of System Studies and Simulation, Inc. (S3) and conduct rotary wing and fixed wing operations at Draughon-Miller Temple Regional Airport in Temple, TX, and at Bob Sikes Airport in Crestview, FL.